The other night I watched the 1941 war-themed musical You'll Never Get Rich, starring Rita Hayworth and Fred Astaire, for the second time. While the plot may not be the most exciting, the movie is still just as enjoyable the second time. 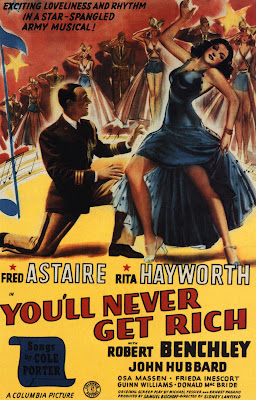 Although Rita had been dancing her whole life, this was her first starring role as a dancer. Watching Fred & Rita dancing would make any movie great. I have read in many places that out of all of Astaire's on-screen dance partners, Rita Hayworth was his favorite. If you watch closely, you can tell they are really enjoying themselves. 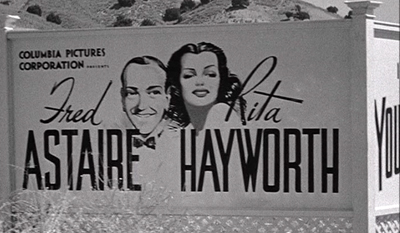 When Martin Cortland's (Robert Benchley) wife discovers a diamond bracelet in his jacket pocket engraved with the name of one of the dancers at his theater, Cortland enlists his choreographer Robert Curtis (Fred Astaire) to say he is actually the one in love with dancer Sheila Winthrop.
As you can imagine this only gets Robert into a scheme that he must join the army to escape. While in the army, he realizes that he really does love Sheila and has to find a way to tell her.


Along the way we get 3 awesome dance numbers between Astaire and Hayworth, my favorite of which happens in the beginning of the film. That scene finds Hayworth's character pretending to not know a dance number so she can dance with Astaire.
There is an over the top goodbye to Curtis put on by his dancers from the theater and enough Astaire dancing to keep you entertained for quite some time. 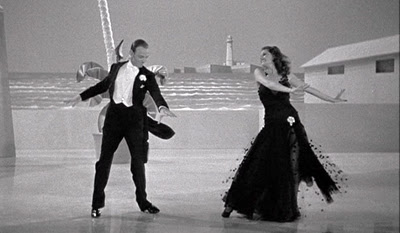 The movie has a great flow and keeps you entertained the entire film. The dancing, monologue, and acting all mix to make an incredibly good watching experience.
Visit AFI to learn more about this film.